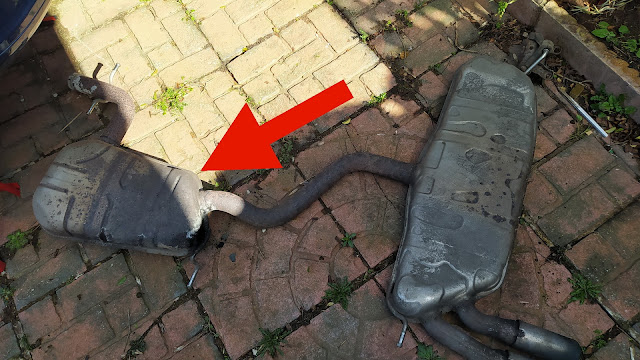 Today we’re going to replace the middle silencer on the exhaust and this will involve a bit more work than you might think. Here’s why:
Audi in their infinite wisdom decided to install the middle and rear silencer as a single unit, in effect the middle and rear silencers are welded together. Usually what happens on these cars, and mine is no exception, is that the middle silencer will literally rust to pieces while the back box looks like it’s still new. Thankfully it is possible to replace only the middle section with a new unit for not a lot of money.
Finding a new part proved to be difficult as a lot of seller don’t list a replacement silencer for this car, presumably because the factory part is in one piece, they don’t want the hassle of selling something that is not a direct bolt on. But, thanks to the miracle of platform sharing you can find equivalents in the VW parts bin. If you have the 3 door version, simply buy whatever they are selling for the MK5 Golf with the same engine. For the Sportback you’ll need to look at parts sold for the Golf Plus or Seat Altea XL with the same engines, these silencers will have longer pipes to accommodate for the longer wheelbase of the 5 door version. Bear in mind the pipes will be of different diameters for the various engines. In this case for the 2 litre FSI engine the pipes are 55 mm in diameter and the OE part number is 1K0253209N. 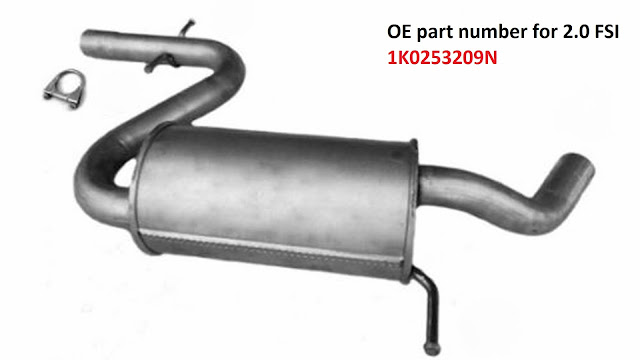 With that out of the way let’s begin.

To remove the whole rear exhaust, you need to remove the cross-member that’s bang in the middle of the car’s underside and then loosen and remove the tubular clamp that is joining the end of the catalytic converter to the cat-back part that we are interested in. Then it’s just a matter of unhooking the arms of the silencers from the rubber rings. I struggled with the rubber hanger in the far right corner so I ended up unbolting the entire bracket from the chassis, saved me a lot of grief. 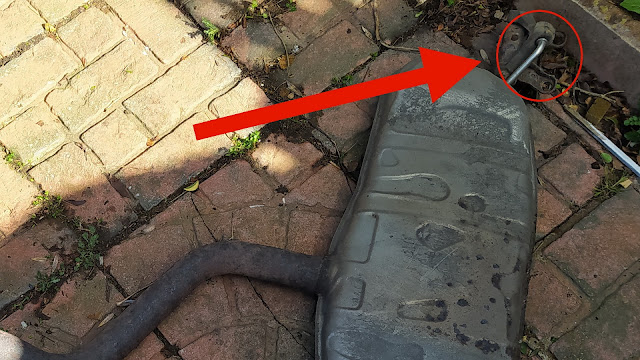 And it’s out… and check out that gaping hole on the top of the silencer. I’m genuinely surprised that the car wasn’t louder, I expected to see a smaller hole. 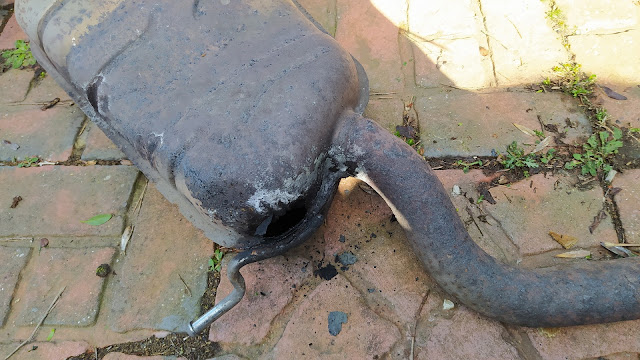 Here is the new part, I placed it on top of the old one to make sure it’s the same pattern and the mounting points are in the correct location. 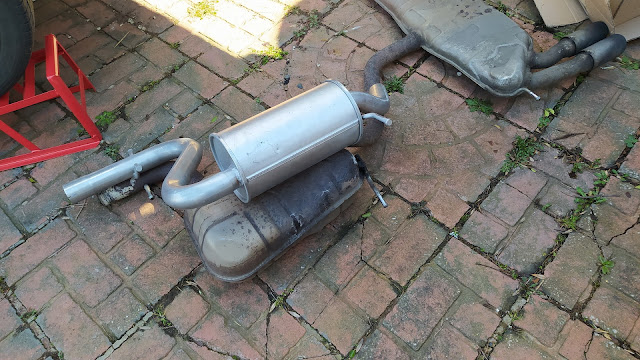 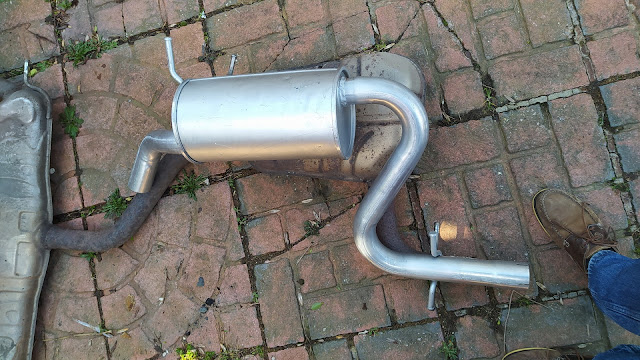 Next we need to cut off the rear silencer at the appropriate length. Make sure to leave about a 20mm gap between the two pipes for ease of fitment. Then, as the old saying goes, measure once and cut twice or something to that effect. I used an angle grinder but a hacksaw would work just as well. 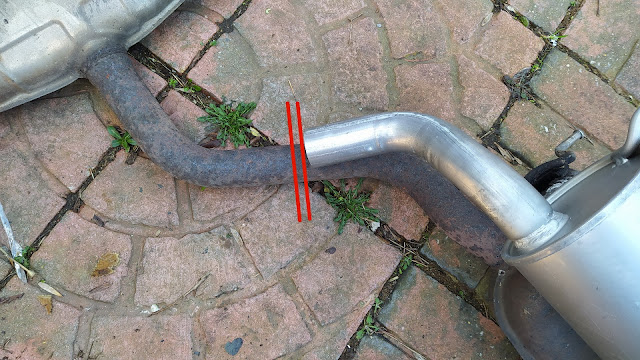 To join the two ends of pipe we will need a tubular exhaust clamp identical to the one we removed from the middle earlier. The new silencer has a flanged front end that slides over the back of the catalyst and will be tightened with the U clamp that came in the box. 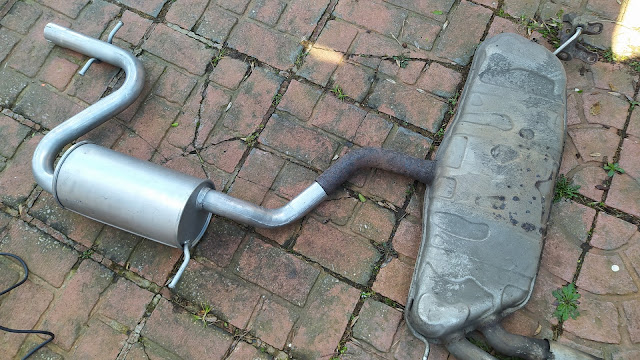 Put everything back, use exhaust paste, replace the rubber rings if need to, tighten everything and that’s it.