Welcome to part 2 of the oil leak saga.
I've finally managed to fix my oil leak. Sort of...
Now, before you get all excited and run off to the store to buy a can of Wynn's Engine Stop Leak, hear me out.

In my previous review I concluded that this product did nothing to fix my problem. To be fair it sort of did what it said on the box. The rubber o ring around the oil filler cap has indeed gained in thickness, it's noticeably more tight. The same is true for the o ring on the dipstick, so it seems that the rubber seals did swell up and become more flexible... However... this is not what cured my problem.

You see, my oil leak went from a drip to bad, to worse and after a while I started noticing a trend. The oil was leaking more heavily when the engine was cold. The other thing I've noticed was that the small puddles of oil on the ground were suspiciously light in colour and texture, they seemed to be diluted in water. I know what you're thinking, but no.. there was no loss of coolant.

I've done some research, watched some YouTube videos and learned that part of the oil filter housing acts like an oil-water separator. So something somewhere was clogged and when pressure built up it leaked.


At first I suspected the PCV valve. I did remove the PCV membrane and spring and gave them and their housing a thorough clean, but I did not find it to be particularly grimy. 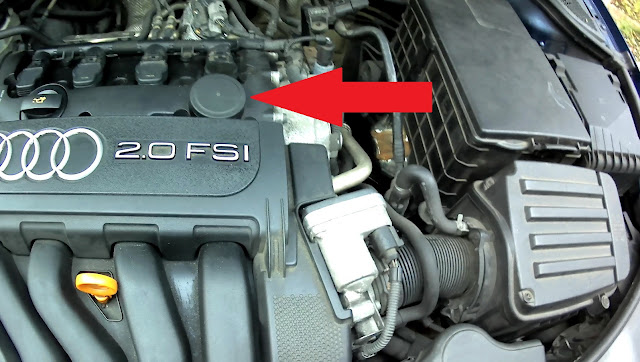 So here's my theory: when I bought the car, the oil was extremely dirty and who knows when it was last changed. I've replaced it with the correct spec 5w-30 synthetic that claimed to have active cleaning technology in it. A few hundred miles after that, the oil started leaking. 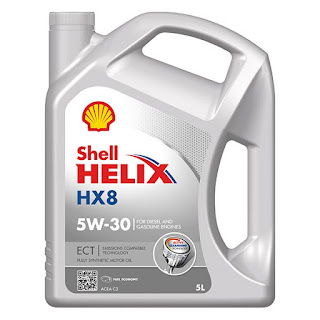 I suspect the new oil did clean up the old grime in large chucks and those chunks in turn clogged up the oil filter rather quickly, and then the filter housing with it's oil-water separator. This created excessive pressure in the system and something had to give. That something was the gasket around the oil cooler, which is the weak point of the oiling system anyway.

Naturally I've set about replacing the oil and the filter, and they sure looked dirty once drained. Chunks of grime were in suspension in the oil after only about 2.5 thousand miles.
I've decided to go one step further and use a heavier grade oil. Instead of the 5w-30 I went with a semi-synthetic 10w-40. The higher viscosity will hopefully do a better job in staying inside the engine.

One week in, after the oil change and the leaks have been reduced considerably. I still have the occasional drop on the engine tray, but there is no continuous drippage. I'm hoping that the deposits from the mineral oil will re-seal whatever gaps there are around the gaskets and the leaks will stop completely. We will see...

As an added bonus the engine sounds smoother and quieter than before, so clearly a high-mileage engine appreciates a heavier grade oil.