Today we are going to review the Nankang N-607+ all seasons tyre. They are what some people might refer to as ‘cheap Chinese tyres’. But are they any good?

First things first: they are not from mainland China, they’re actually Taiwanese.
They are cheap indeed, at £50 apiece these where about 40% less than any established brand name all season tyre.
I’ve chosen all seasons because they promise a good compromise between acceptable grip levels in the dry and decent performance in the snow. As such you can drive on them year round without having to swap between summer and winter tyres. 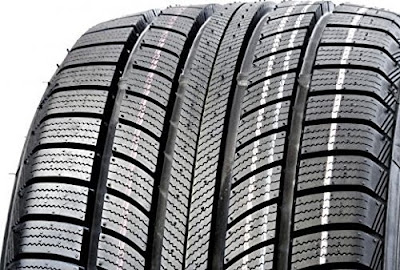 The tread pattern reflects this compromise as it has features from both. Deep channels in the middle help eliminate water and reduce the chances of aquaplaning to occur, while the more aggressive and numerous tread blocks should ensure more grip on loose surfaces like mud, gravel and snow. The small hairline sipes are there to ensure traction on ice.

Now… there are some limitations. All these grooves and cuts reduce the contact surface so you won’t have as much grip in the dry as a dedicated summer tyre and the water channels and central ribs will reduce performance in snow. The rubber compound is also between soft for winter and hard for summer. Like I said they are a compromise.

So how do the Nankangs perform?

Driving around, the first thing you’ll notice is that they’re very quiet on smooth tarmac, however if the road surface gets rough the noise levels will go up significantly. For long journeys on the motorway, they’re great. For short journeys on bad roads… well.. you’ll get used to it. 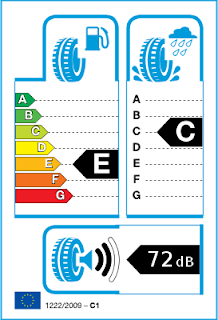 According to the EU rating system rolling resistance is pretty high and that will hurt fuel economy, on the upside that means the compound is fairly soft so it sticks better to the road and it will almost certainly outperform a harder compound tyre in the snow.

And speaking of grip…. I’ve had these tyres for a few months now and I can tell you that grip levels in the dry a far more than you’ll ever need in normal driving. In the wet, however, their performance is modest. Lateral grip is surprisingly good, but you do get a lot of wheel spin under hard acceleration and braking distances will increase accordingly.

Ride quality, steering feel and road holding are all excellent. Before I bought these tyres the car had some rather badly worn Michelin summers on it and the Nankangs feel better in every way.

If you want a conclusion to all of this: new cheap tyres are better than worn out brand names.

As for how they do in the snow…. Stay tuned.
Posted by Motoring Culture
Email ThisBlogThis!Share to TwitterShare to FacebookShare to Pinterest
Newer Post Older Post Home